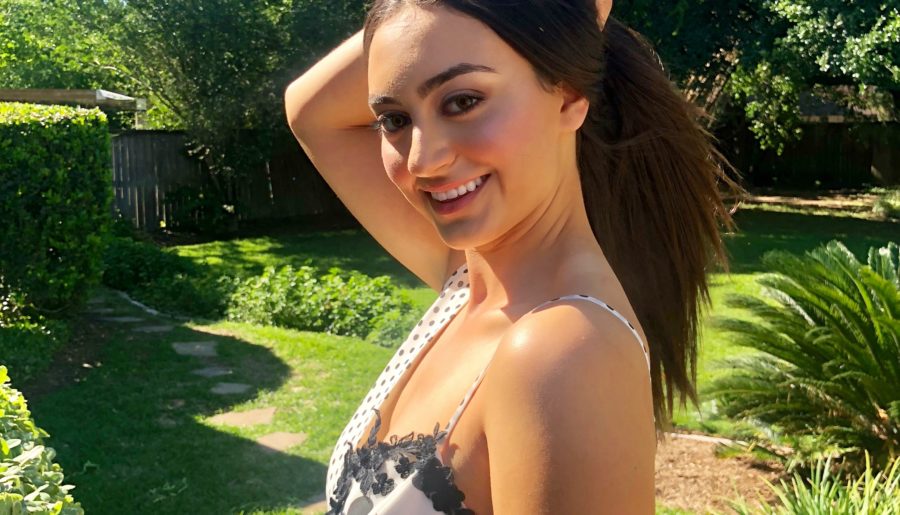 Fashion and beauty are two… 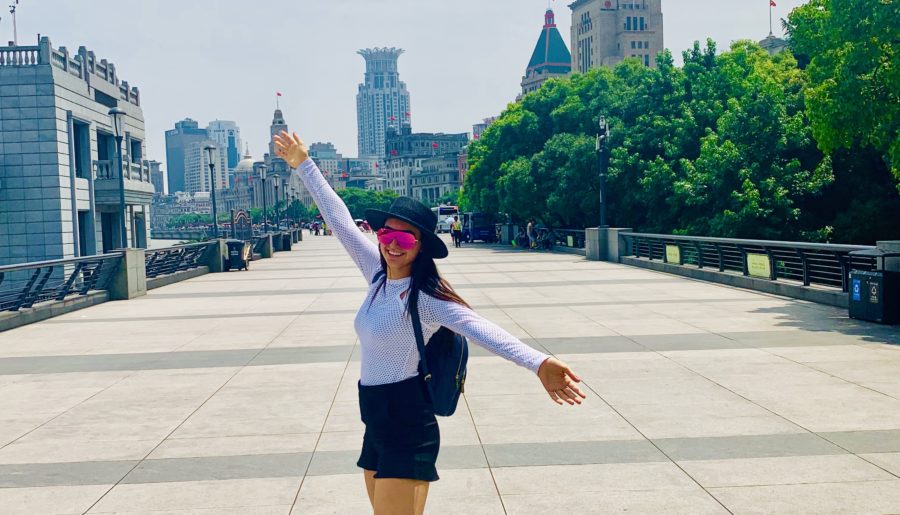 Around Town and Quick Chat!

I want to take you… 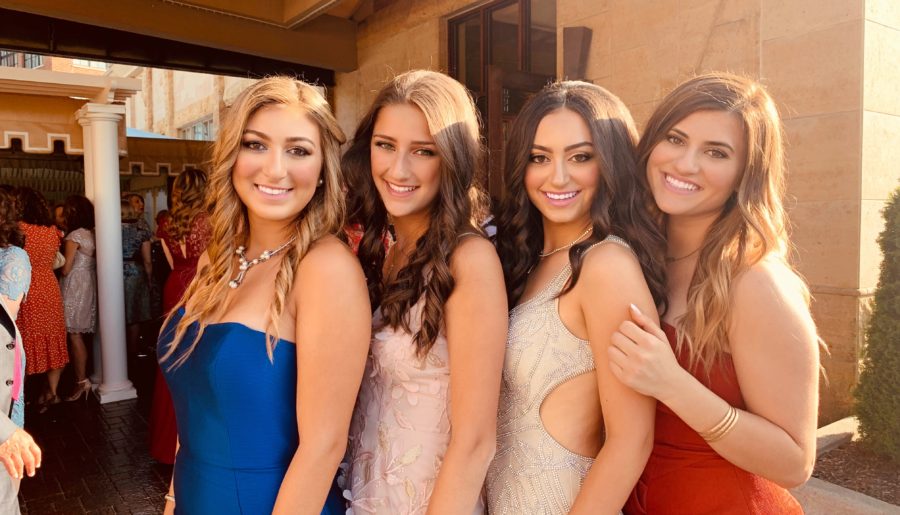 Hop on my journey with… 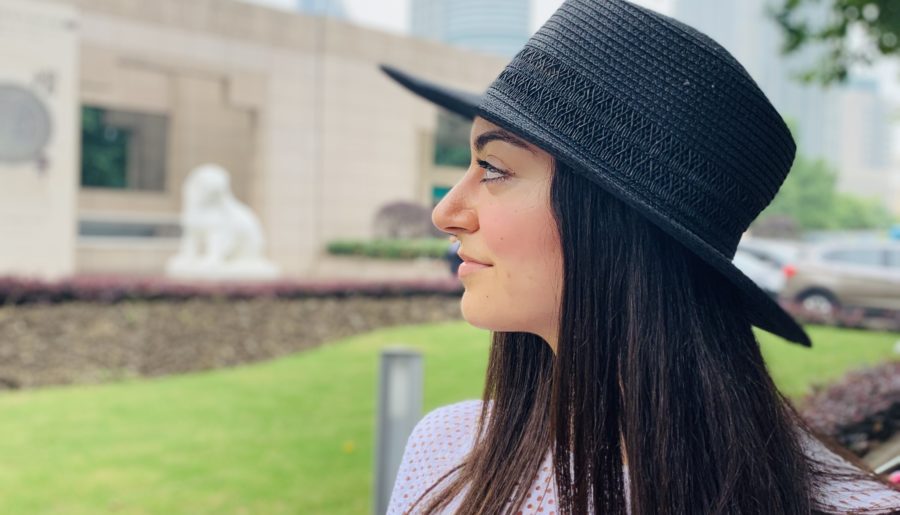 Hello Everyone!! I want to… 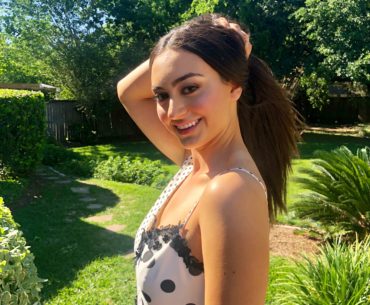 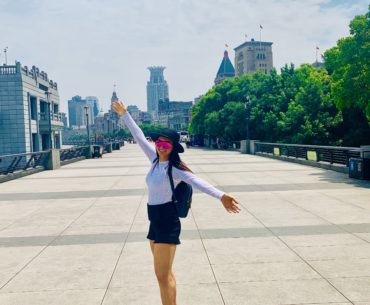 Around Town and Quick Chat! 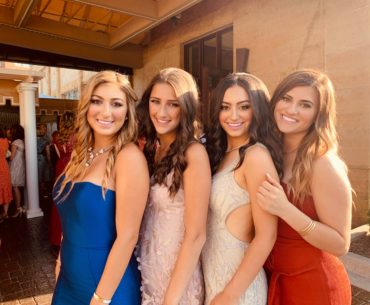 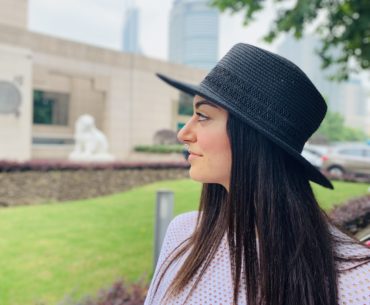 Here for you always, xoxo

Fashion and beauty are two things I am very passionate about! I love style, design, dressing up, and beauty products!!

Stay tuned for makeup tricks and tips, as well as outfit inspiration! I want to share my passion for beauty and let people know that it is okay to dress up and put some make up on, it is okay to show yourself some love, and it is okay to love fashion!

Girls can have smarts and style! Let’s break the assumptions that women can’t excel in both categories!

Anxious to embark on a new chapter?

Everyone experiences unique and distinct stages of life; we are all in different phases. However, no specific stage, moment, or experience is less valuable than the other or…

I recently posted a poll and asked how many of you all experienced judgment for your looks, actions, interests, style, or originality. I want to discuss this further because I feel like judgment and exclusion, are incredibly relevant in our society, especially within the younger crowd. It is so sad that many people are laughed at for the qualities that define them and mold them into unique and dynamic human beings. It is beyond heartbreaking to encounter girls alter the way they dress or act because they are afraid of exclusion or judgment!

Each of you all must be confident in who you are and in what you do! Dress however you like, pursue whatever you like, look the way you want, etc! Never let anyone take that away from you, shame you, limit you, or alter the way you function!! YOU set the tone, YOU determine your success and capabilities, and YOU write your own story, they do not!

Sometimes it’s the small things that urge you to shy away from what you love and what you are passionate about. I was mocked for wearing this hat and called ugly because it “didn’t suit me.” I was told, “step down, because you aren’t as cute as you think,” and, “It’s funny how you think you actually look good.” People said I was, “conceited and stuck up.” So of course, I immediately grew uncomfortable and embarrassed for wearing the hat!! I stopped wearing it, and rather than loving the vibe, I hated it! Just like that!! Within seconds, my entire perception changed!!

Throughout my life I was made fun of for my curly hair, my body type, my nationality, my style, the way I acted, and even what I was passionate about!! I let other people’s words dictate my action and EVEN my opinions of myself…I encourage you all to build an internal wall and block the judgment from entering. So here is my attempt to build the wall and block the judgment! I loved this hat and the way it made me feel! Here is a picture of my hat and me in Shanghai! What are you doing to prove you are blocking the judgment from influencing you!!

I want to get real with you all, and share the way I felt when I was made fun of for numerous factors that molded me into who I was…..

Everyone has a dream, a passion, and a vision for themselves!….If you think about it, people are beyond inspiring! What is so amazing to think about is the…

My mission.. Are you in?

Hello everyone and Happy Easter! He has risen!!

I have so many traditions and fond memories, and unfortunately, this year’s celebrations were limited due to COVID19….However, I was determined to keep as many traditions alive as possible! I was not going to let this terrible sickness effect my attitude, and especially not effect my Easter celebration!

There are so many fun activities linked to Easter…egg dying, egg cracking, Easter candy, Easter decorations, family and friends gatherings…so much joy and laughter in one setting!

Personally, I am so blessed to spend Easter with the people I love and full of fun! As part of tradition, my family hosts 50 people and we enjoy the company of our family and friends, whom we adore! My mom decorates a huge table and cooks over 25 different Lebanese platters, and we indulge in the most amazing and delicious food!

….Looking back, I can’t help but notice how privileged and blessed I was!! I never noticed the small things in front of me until COVID19 shook our world. I never realized how valuable such amazing moments were!

With that being said, today was a day of true thankfulness and love. I wanted to celebrate Easter the way my family normally would, so we made sure everything was the same!…of course with a few modifications!!

Here are some pictures from Easter 2020! How did you spend your Easter? Did you keep your traditions and spirits alive??

I was so blessed to spend the holiday with my amazing core! My mother, father, and sister!

First, we decorated our table sweet and simple….bunnies and easter eggs here and there!

We then made sure to have our closest family near…we all linked up through zoom and ate together, but apart!

We indulged in amazing food….we catered from Eddie V’s! It was not Lebanese food, but we wanted to support local restaurants and it was DELICIOUS!

We had amazing steak, shrimp, mashed potatoes, and macaroni! Yummy!

Has anyone felt embarrassed of their bodies or uncomfortable in their own skin? Confession time: That was ME!! I had the largest thighs, and no matter how hard…

In my backyard Hello everyone, I want to talk about something that has been on my mind for quite some time now… Our nation is facing some extremely…

But the more I convinced myself that friendships were useless and worthless, the more tough and independent I became. I would do everything on my own, never asked for a peer’s advice, spent weekends by myself, ate lunch on my own, and even locked all my pain inside. I did not have a single person to turn to, to laugh with, or to share memories with.

On the other hand, I would look around and wonder why all my peers seemed to have so many friends and laughter, while I had nothing and no one to share memories, laugh, or spend time with.

I convinced myself that if everybody were like my peers: mean, materialistic, and judge mental, then what was the point of having friendships? I did not care about being popular or having the most attention or friends, I only cared about having true and real friendships. The kind of friendships that motivated everyone to be their best self, the kinds of friendships that produced love and unity.

I was a very mature kid, who did not see the point in having friendships at that age because I thought everyone was like my peers..isn’t that crazy? What I had not known was the fact that I was in a closed bubble, a bubble that consisted of a minuscule number of people in the world…..that in the future I would know why I had so many issues making friends.

At the time, I assumed the world was made up of a certain kind of people. But what I did not know were two things: the beauty of friendships, and the vast range in diversity of people.

What I mean by ‘vast range in diversity of people:’ The world is so large and diverse that if you know your values and the kinds of people you would like to associate with, you will eventually find your circle. At a young age, you do not see or experience the horizon of the world, you are only shown a small drop of the nation. Once you grow and mature, you will be blessed with the opportunity to explore… you will be met with happiness and fulfillment knowing you are not alone and that you have a group of people who share your values, interests, and knowledge. Even if it is one or two people, I encourage you to invest in those relationships, because friendships and relations are capable of renovating your morale and outlook.

What I mean by ‘beauty of friendships:’ I had not experienced the beauty of relation, nor friendships growing up; therefore, I did not know the level of impact it could have on my life and on my mental health. Finding friends was not easy for me, in fact, I still struggle at times, but after truly searching hard for real and genuine people to invest in, I instantly grew happier. I was not as gloomy, I was more positive, a sense of weight was lifted off of my shoulders, and I was able to realize that I was not the problem. That I was simply searching in the wrong pool of people for friendships.

I encourage you to remain who you are and to never change your ideas, mentality, values…NOTHING! Finding friends and building relations is not easy, but staying true to yourself will bring you your truest and realest circle of friends.

For those of you who are struggling to make friends or to connect with people, please know that the issue is not you. You could be looking in the wrong places, it could be that those people are not a great match for you, or it could even be that they are threatened by your personality.

Personally, I was excluded from friendships because I was the “mother hen,” the the “goody-goody,” and the girl who had “everything figured out.” Most people distanced themselves from me and chose to exclude me because they did not want to have someone that was “serious,” proactive, or mature in their friendship. At the time, I was hurt and sad..I was frustrated…but I was not willing to change myself.

If you want to hear more or have any questions, never hesitate to ask! We are all here for each other!

Hello, it’s nice to meet you!

Big Girl In a Small World is my pride and joy! I created this blog because I am incredibly excited to spread girl power, motivation, and positivity! Growing…